Las Palmas de Gran Canaria, considered the capital of the Mid Atlantic and with some 400,000 inhabitants, was named as the city with the best climate in the world, according to a study in 1996 by the American University of Syracuse called “Pleasant weather ratings”. More recently, it was chosen as Atlantic City 2017, an award granted by the European Union for its innovative and creative development policy as a coastal city. Las Palmas, founded in 1478, has an important historical and cultural heritage, centred in the old town of Vegueta, declared by UNESCO as a World Heritage Site in 1990.

Las Palmas de Gran Canaria, which is located between two wonderful beaches, has an excellent infrastructure of hotels and apartments and the port “Puerto de la Luz” is one of the most important in Europe, giving the city a very cosmopolitan feel.

With more than 250 kilometres of coastline, the island of Gran Canaria is generous in beaches. There are beaches for all tastes, from long stretches of sand to tiny coves, white sandy beaches or pebble beaches, from small black sand coves to tide pools. Beaches like Maspalomas, Playa del Inglés or Las Canteras have well-deserved fame that goes well beyond the borders of the island itself and underpins its prestige as a first-class destination.

ELE USAL GRAN CANARIA, located a few minutes from Las Canteras beach, will offer from October 2017 a full programme of Spanish courses for Foreigners that can also be combined with sport, gastronomy and leisure activities. All our programmes carry the stamp and quality that characterises the University of Salamanca, with 800 years of history and world leader in teaching and certifying Spanish as a foreign language. 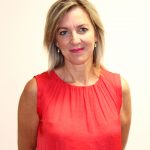